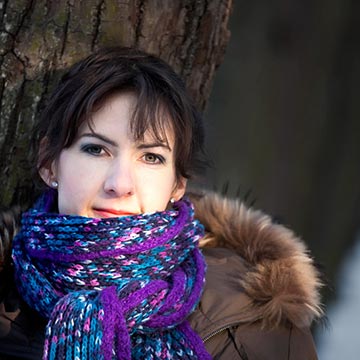 Organist, assistant professor in the Instrumental Department of the Academy of Music in Gdańsk. A graduate of both the Academy, where she studied with prof. Roman Perucki, and of Hochschule für Musik und Theater in Hamburg (honours degree), where she studied with professors Wolfgang Zerer and Pieter van Dijk. She received several scholarships, including Brahms Stiftung, Scholarship for Culture Creators and Scholarship of the Minister of Science and Higher Education. A participant and winner of international competitions. She attended numerous masterclasses, e.g. with prof. Jon Laukvik, prof. Lorenzo Ghielmi, prof. Olivier Latry, prof. Daniel Roth and Bine K. Bryndorf. In 2009 she obtained her Doctor of Musical Arts, and in 2016, a habilitatus doctor degree, respectively. She teaches organ at the General School of Music in Gdańsk. Her pupils and students are prizewinners in organ competitions in Poland and abroad.

She leads an active concert life, performs at international organ music festivals in Poland and Europe (Germany, Finland, France, Spain, The Czech Republic, Hungary, Italy and other countries) and is also an adjudicator in organ music competitions. Her concert performances promote Polish organ music, and she chose to record a monographic album with works by Mieczysław Surzyński for her habilitation. She has collaborated with great conductors and musicians such as Sir Neville Marriner, Kai Buman, Frieder Bernius, Łukasz Borowicz, Paweł Skałuba and Iwona Hossa. She performs on a regular basis with the Polish Baltic Philharmonic in Gdańsk and with Tricity choirs. Her recordings include both solo and chamber music repertoire.She was nominated for the City of Gdansk Award for Young Artists in the Field. 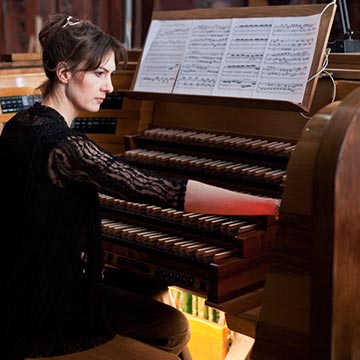